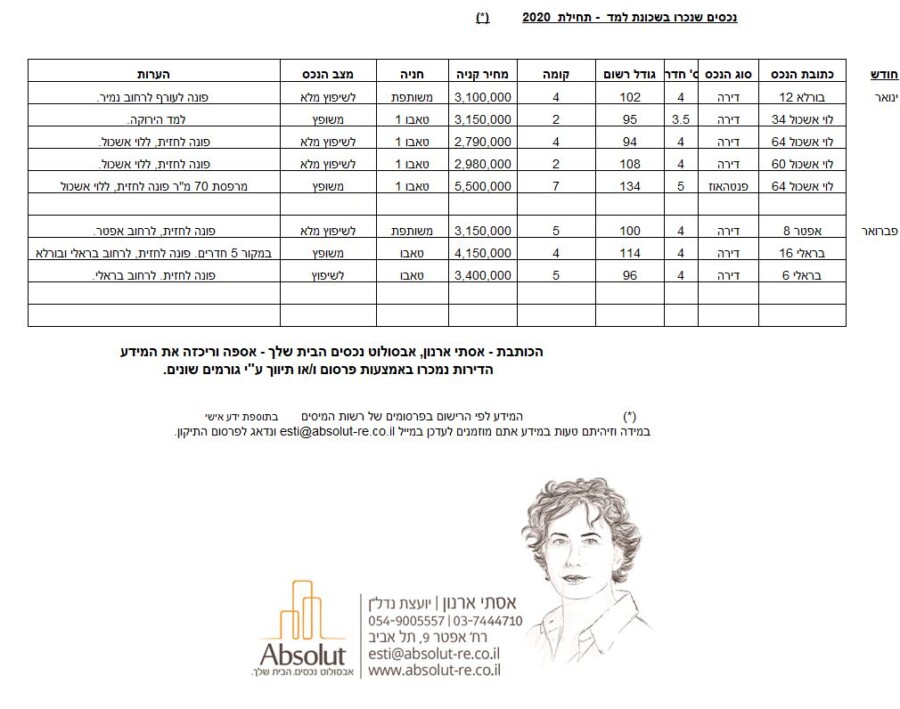 Old neighborhoods, Quality and tranquility in northern Tel Aviv - Neighborhood Program L was established in the early seventies of the last century and has always attracted quality population, Young families and elderly veteran population, Looking for the laid-back quality of life of North City. in February 2016, Ranked Neighborhood Plan Lamed When Israel's most beloved denoted by a Madeleine. All the neighborhood Lamed Tel Aviv - Here

Learn to plan neighborhood is located east of Tel Aviv domestic airport "Sde Dov", Namir Road and west, Outside the city of Tel Aviv. North - Neighborhood New Ramat Aviv, And south North Star neighborhood. In a population over 5,000 Residents, An area of ​​about - 830 Acres. Three neighborhood shopping centers and a number of important sites which will expand further, And homes - especially those of up to eight storeys.

Socio-economic index ranked the neighborhood attended grade 9 of 10. 96% Residents are longtime residents of the citizens of Israel, Only 4% Residents are immigrants to Israel from the nineties onwards. almost 40% Families have a child, and more 42% Families with two children (and the rest with three children or more). 39% Living in the neighborhood are academics, 39% Residents are Israeli born in Israel and more 38% Originated in Europe or the Soviet Union. 77% They have the apartment they live in and the rest rented.

Sites and locations in and around the neighborhood learned

Lamed neighborhood, Bordering the neighborhoods of Ramat Aviv, Offers its borders three smaller shopping centers, stores, Bank branches (Hapoalim and Leumi), And a branch of Clalit Health Services. In addition, in the Neighborhood are two kindergartens and nursery, Elementary public school where learning about - 500 Students in grades A - F, Scouting's tribe established in 1976, Synagogue, Urban and Country Club is considered exclusive.

The choice to live in a residential program enables learned a quality environment, Alongside veteran residents, A quiet area of ​​lively cities in Israel, Nearby Great Sea coast, Crowded mall, The largest university in the country, And more. currently, Stands a studied plan to substantial environmental change, With the decision to close the local airport Sde Dov more territory and build a new residential neighborhood - a decision has not yet been approved and it has many opponents.